Yesterday was  the eighth day of December 2012. I participated in a craft show in Bastrop, Texas. It was a beautiful day; misty and cool in the morning; warmer as the day wore on. You would've thought it was a summer day except for the falling leaves that clogged the streets and storm drains.

This was my first time in many many years to experience being a seller of wares to the public. The last time, was 1970 and I was selling candles on the Drag (Guadalupe St) in Austin.  Quite a few folks made their living selling handmade bread, clothes, food stuffs and treasures on the Drag.  It was fun. If I had the candles, a blanket, and hopefully, some money with which to make change, I was set.

In Bastrop, the mood was quite different. Gone were the nods of recognition, the spirit of oneness and the feeling of belonging. Instead, there were 10 foot spaces on a roadway, and no help available to unload your wares. However, we set up and were ready for the hordes of people to descend at 9 AM.

As folks began to trickle by, some stopped to chat, mostly to say that they had just gotten there and would be looking around. Later on, when those same people walked by with their purchases, they would smile and say "maybe next year."

We booked our booth very late in the game. You've all heard the marketer's creed, "position, position, position." It is true. As we sat there, catching up on old times and old friends, we both sold several items. After adding up the expenses like the space rental, the hotel room for the night before, time, gas for the drive, and the physical stress, we decided we had not handled our craft show very well. 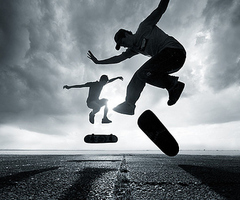 The one blessing for which I am totally grateful, is the appearance of two teenage boys on skateboards. For some reason, they gravitated toward our table, and we saw them several times during the day. When it became a time to pack up our tables, chairs, mannequins, racks and assorted wares, the teens on skateboards arrived. I asked, "would you help us?"

They both started taking things from our arms and walking them toward our vehicles. They moved everything in a matter of minutes. This is a very good thing because my friend was recovering from recent shoulder surgery and my back was stiffened up from being on concrete all day.

After packing up, I turned to the two boys on skateboards and said, "May I pay you?" They both said, together, " it's not necessary. We are glad to help."  "Well you're going to get a hug from 2 old women." We hugged both boys and one of them said, "that's the best deal of the day."

So, if you find yourself in need of help in Bastrop, look for two blonde teens on skateboards. I believe if you say the words, "I need help," the boys will find you.

Angels are all about us. They do not all have long white hair and wings. Some have short spiked hair, jeans, T-shirts and skateboards. You'll know them by their smiles.
Posted by CyberCelt at 7:54 PM

The contents mentioned in this post about skating and its related aspects was truly knowledgeable to my knowing.

That's so impressive. That's skateboarder's spirit. Hope there will be many people like this.